What are ghost markings on our roads?

So what are ghost markings on our roads? Line markings are one of the most important aspects of road safety. They separate traffic effectively and tell road users where they should be and what they are allowed to do. However, when we remove road markings due to changes in layout, ghost markings sometimes appear. These markings can confuse road users, potentially leading to accidents occurring. Read on to find out more about ghost markings and why they’re such a problem on our roads.

Ghost Road Markings – what are they? 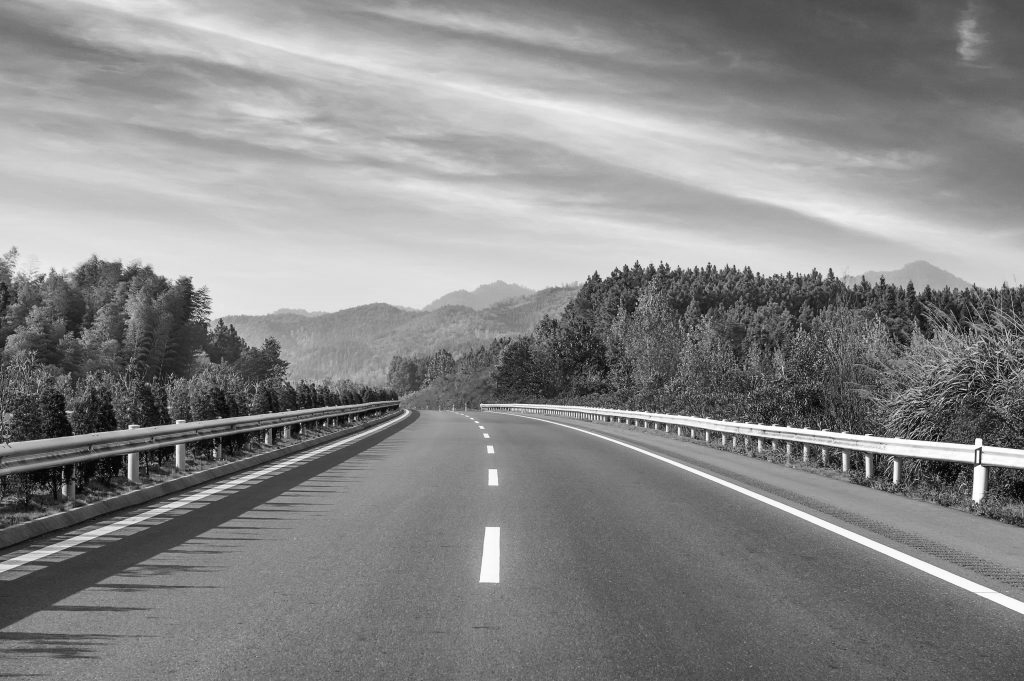 Ghost markings appear when the layout of a road changes and we add new markings to redirect the traffic flow. Despite the markings being removed. they remain visible to road users. The old lines appear as faint ‘ghost’ markings. This can make the road unclear and potentially lead to accidents occurring. Adverse weather conditions can make ghost markings more visible, making them even more hazardous. When the sun is bright, it highlights faded markings. When it’s raining, visibility decreases, making driving even more difficult on busy roads.

The problem with ghost markings for road safety

Ghost markings can make life difficult for road users, particularly for those who have only recently passed their tests. Driving is a complicated task, and inexperienced drivers can easily become confused and flustered. This is especially the case on busy roads where they must make decisions quickly. They may be unsure about which lane they should be using or when to turn. This can have serious consequences.

The experts agree that ghost markings are bad news for our roads. Tom Tideswell, head of innovations at Kier Highways, says that they are confusing to road users and often lead to poor lane discipline and accidents occurring.

Self-driving cars will hit our roads in the near future. Using a combination of cameras, sensors, radars, and AI, they can travel between destinations without a human driver. Whilst this might sound exciting, fully-autonomous cars will need clear road markings in order to operate safely and effectively. These vehicles use road markings to tell them where to go. However, since the lines on our roads change regularly, this poses a huge challenge for the safety of self-driving cars. For these cars to operate in a safe and effective manner, ghost markings will need to be removed completely.

Fixing the issue of ghost markings

The issue of ghost markings on our roads has moved into focus in recent years. In fact, in 2020, Highways England ploughed £685,000 into an international research project which attempted to find the most effective, cutting-edge solution for maintaining and removing road markings with as little damage to the road surface as possible. These included products in various categories of material, including thermoplastics, cold plastics, water-based paints, and tapes. Eight winners were chosen, with their products tested in various weather conditions on the M5 in the south-west.

Martin Bolt, who is responsible for overseeing the competition led by Highways England, said: “We know ghost markings on any roads, not just ours, can be confusing for drivers and autonomous vehicles so we set out to find a solution which makes a real difference not just for road users on our network but across the globe. There is a worldwide problem with road marking removal and it is the first time the industry has been challenged like this”.

People find ghost markings confusing, but hopefully, these new products and methods can eradicate the issue, creating much safer journeys for drivers and facilitating the introduction of self-driving cars to our roads.

At Road Marking Services, we don’t just apply road markings in Sheffield and Leeds. We also specialise in line removal too. Our experienced team is able to remove road markings effectively using the latest tools and methods. We know that it’s important to make road markings as durable as possible, but we also recognise that this can make their removal difficult. To enhance safety by preventing driver confusion and reducing accidents, ghost markings need to be removed effectively.

Our team of line removal experts use specialist technology, including hydroblasting, to remove ghost markings. Hydroblasting is the most up to date technology for line removal in Leeds and Sheffield. We remove lines from the road with directed water jets of up to 40,000 p.s.i from a rotating spray bar. No damage is caused to the road surface, with zero smoke, dust, or debris produced. Disruption to traffic is kept to a minimum too. Hydroblasting is the industry-leading method for line removal in the UK right now, offering the best possible route to eradicating dangerous ghost lines from your roads.

At Road Marking Services, we can carry out line removal on a wide range of roads, including main and small roads, highways and motorways, and runways and taxiways. No job is too big or too small for our team to handle. Our line marking and removal operatives are highly trained and experienced, ensuring all work will be carried out to the highest possible standards. Road Marking Services is local Council approved as well as being a CHAS accredited contractor, BSI registered, SafeContractor approved, and Constructionline accredited.

If you’d like to find out more about line removal services in Yorkshire, don’t hesitate to get in touch. You can call us on 0800 086 2509 to discuss your requirements with one of our team. We can provide all the advice and guidance you need when dealing with the removal of road markings. You can also send us a message via the website if you prefer and we’ll get back to you as soon as we can. We offer a free quotation service and we’re more than happy to visit your site to carry out a full survey.